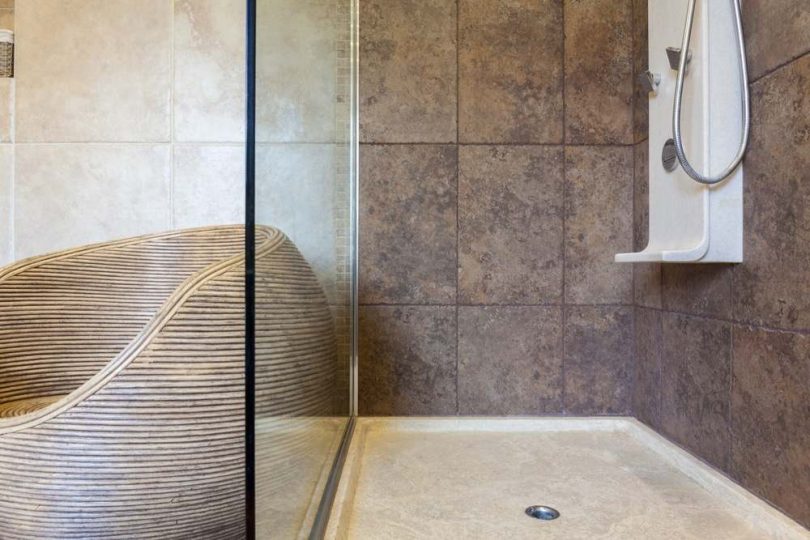 Believe it or not, showers are the center stage in modern bathrooms. The device is designed in different sizes and shapes, allowing you the privileged to make choices. Showers are one of the worldwide used retreats for relaxation.

Shower bases and shower pans are often used interchangeably because both perform similar functions in your bathroom shower.

Although a couple of differences can be spotted when discussing about shower base vs shower pan that can help you carry out effective communication with a salesperson, or when employing the service of a contractor. The significant difference all boils down to the nature of the shower floor you have at home.

What Is a Shower Base?

Shower bases are easy to construct. Customizing showering space appears faster and easy to install than on most title floors. They are budget-friendly and perfectly suitable for remodeling or when building a new bathroom or you want a quick upgrade.

The shower base – also known as the shower tray or shower receptor – is designed to act as the watertight floor. Shower bases are better installed directly on the subfloor. With the shower base, there is a lesser need to create a shower floor or a sloped mortar.  The shower base is molded cast or molded to include a drain hole, a sloped floor, threshold, and sidewalls; these features are all combined in the piece.

What Is a Shower Pan?

The shower pan is designed with a waterproof barrier that is either created from vinyl or lead in a pan-formed shade. Shower pans are positioned right underneath the tile floor of the shower.  The shower pan’s primary objective is to trap water that slides off the tile and direct the water straight into the drain. But with time as the pan gets old, it deteriorates and leads to the formation of holes and cracks, which can lead to leakage.

Shower Base vs Shower Pan – How Do They Differ?

The function of a shower pan and a shower base is pretty similar because both designs are made to channel water directly to the drain. Although there is a bit of difference between both tools. Shower bases can be referred to as substructures that are located below the shower. It is secured in a place with a hand trowel and mortar.  If this is the case, then the shower base is designed to provide the need support for the shower pan or the shower floor above it.

The shower pan can be made from acrylic, fiberglass, metal, ceramic, or stone.  On the other hand, shower bases are designed from cement mortar, and these are mostly thin-set or Portland cement

More planning and preparation time is needed when it comes to the shower base installation than the shower pan. Shower pans are single-piece that are designed to fit perfectly into your shower alcove. Once the shower pan is leveled, it is then screwed correctly into the wall; then, the shower wall is constructed around it.

When the shower base is referred to as a tiled shower or a substructure floor, then it’s a sand mix, wet cement, or a similar mortar. Although, the installation requires the attention of an expert when it comes to setting up the cement on an angle to create proper drainage that directs the water into straight to the drain.

The shower pan refers to pan shaped, a single piece of a shower that is suitable at the shower top and can be used for interlocking most fiberglass panels or for creating conjunction with most tilled shower walls.

Shower bases incorporate all forms of bases, and this includes most floors that are constructed from cement board or mortar. The use of a solid base is vital in any installation. Irrespective of what the shower created with, be it a simple tile or a pan, the base is part of its initial design.

Q. 1: What is the best material for a shower base?

Ans. Porcelain, Acrylic, and fiberglass are the material used in the construction of most shower bases.

Q. 2: What are standard shower base sizes?

Ans. The angled shower bases, the circular shower bases, and the square shower bases are the most commonly used. The base has a common size that ranges from 36 x 36″ and 48 x 36.”

Q. 3: What are the different types of shower pans?

Ans. Yes, a shower pan needs to be lined. If this is not done, it will lead to studding and slab. The liner is also necessary to make the walls that are within the pan to be watertight. To this effect, the liner is most times created with a minimum height of 3- 4 inches directly above the pan level, usually behind the backer material and the tile. Whenever moisture gets on the tiled wall, it is absorbed by the liner.

Q. 5: How long should a shower pan last?

Ans. With an average working condition, an acrylic shower pan can last for many years. But on a minimum scale, it can serve for 10 or more years.