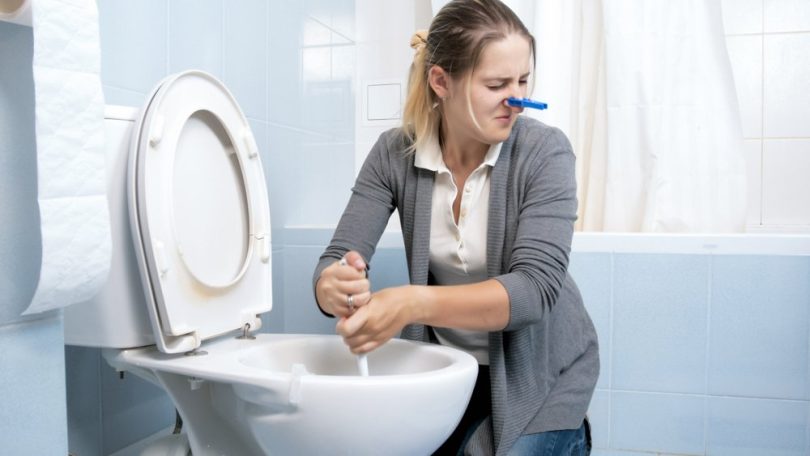 The rotten egg-like smell coming from your toilet indicates the release of sulfur gas and/or fumes. This usually happens when one or more parts of your drainage system has failed. This gas is known as sewer gas and can potentially kill you.

That’s why it’s imperative to know about the sewerage system before you step in to resolve it. Here’s a guide on the potential reasons your toilet smells like sulfur, the possible health hazards, and how you can safely resolve the problem.

What is Sewer Gas? 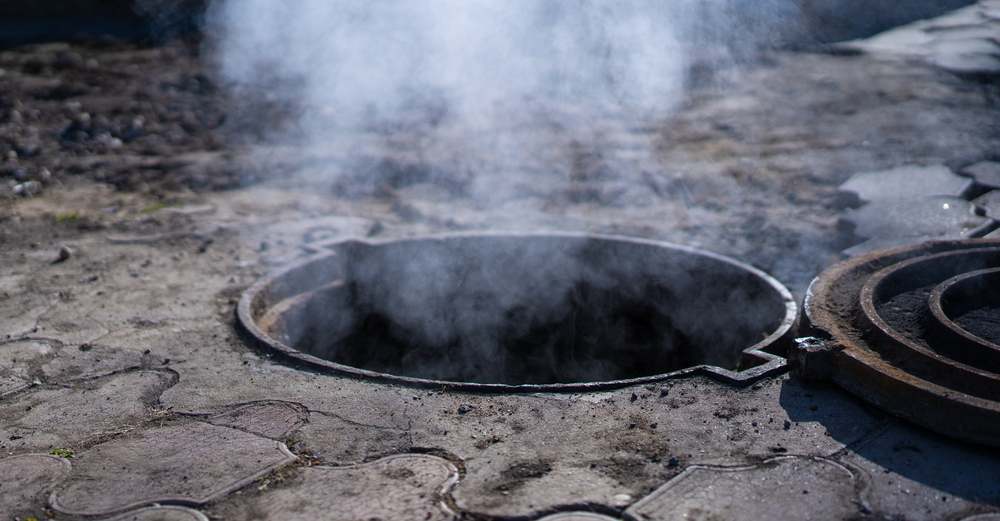 Sewer gas is a mixture of toxic and non-toxic gas that accumulates within your sewerage system. It’s a byproduct of the household gas breaking down, the decomposition of your home’s sewage, and sludges.

That is why modern plumbing systems aim to prevent sewer gas from coming into contact with anyone. But this may happen to anyone and cause issues like your toilet or bathroom smelling like sulfur.

The culprit here is the sulfur compounds like sulfur dioxide and hydrogen sulfide. They have a foul “rotten egg” type smell that indicates sulfur compounds. If you are smelling rotten eggs in your toilet, there is a pretty good chance that something is not working within your plumbing system.

When your toilet smells like rotten eggs, here are the most probable culprits:

The purpose of a plumbing system is to keep sewer gas – alongside the sewage, of course – separated from anyone. The part that traps the gas primarily is known as the Dry Trap. It is a P-shaped part of the sewage line. 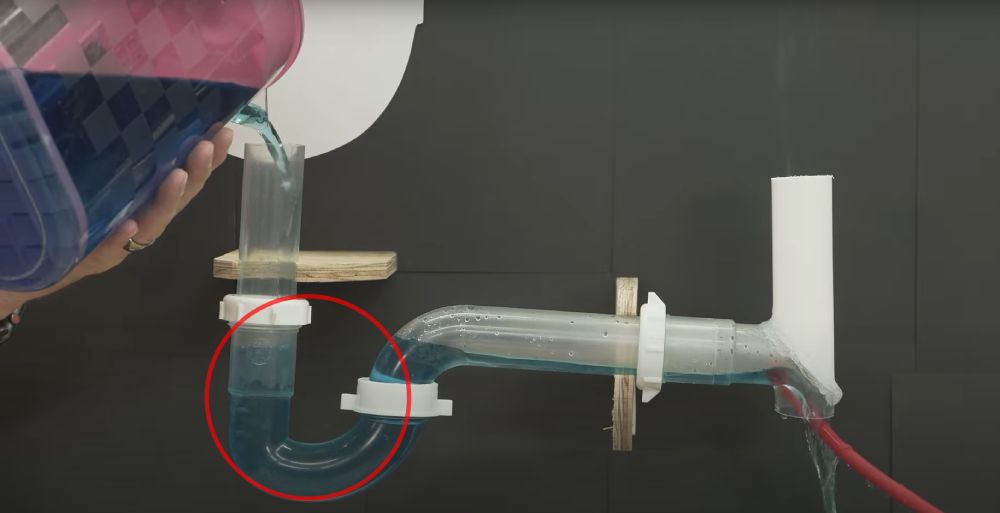 The trap can also leak or break, filling your toilet with a horrible sulfur smell. The most common symptom of a dried trap is rust stains on the toilet. 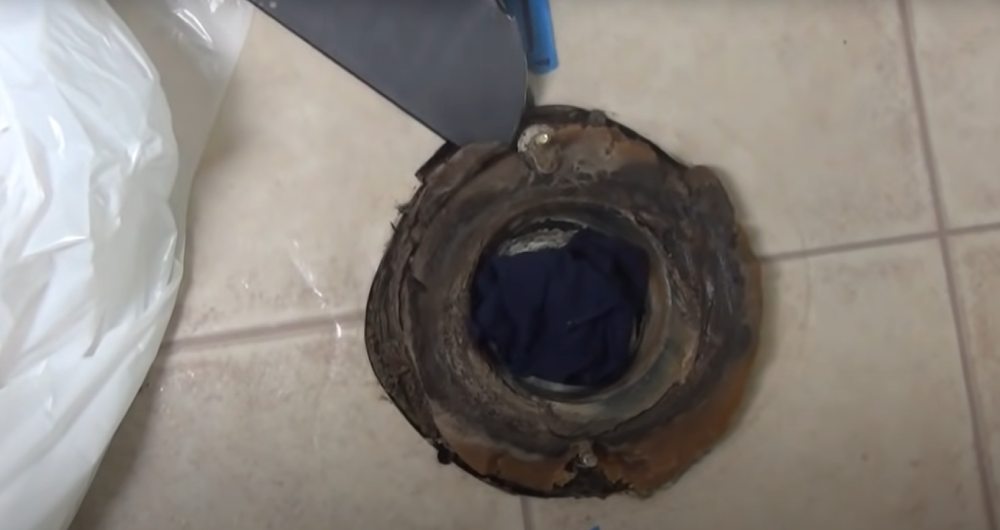 There are other ways sewer gas can enter your home. If your drain has a leak or gets clogged, that can also cause a fold odor. What’s more, if your vent pipe or drain line breaks, you’ll be in for a more serious issue since your whole house will start smelling like sulfur.

Clogging is one of the major reasons for a sulfur-like smell in most US households. When your drain line is clogged, the sewage gets trapped alongside the sewage gas and goes back up through your toilet.

A similar thing happens when your air vents get blocked by dust and debris. The job of the vents is to diffuse toxic sewer gas away from the house and when it gets blocked, the sulfur smell can enter your bathroom. That’s why they require regular maintenance. 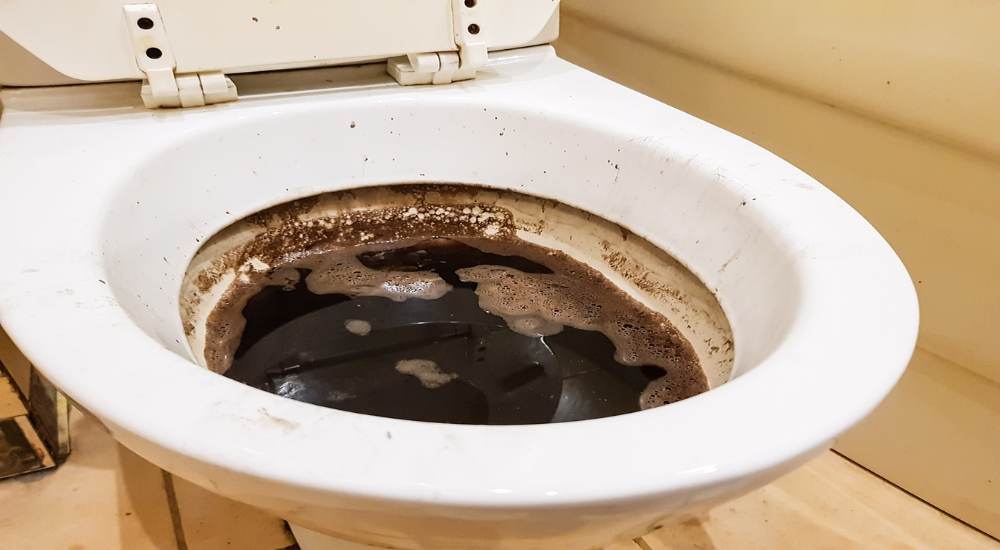 If you live in hot and humid weather, bad bacteria can colonize your toilet. They have smelly microorganisms that create a foul and rotten egg-like smell. These bacteria are known to multiply fast and stain the bowl.

If your toilet wasn’t set up properly, it can create gaps in the drainage line, allowing sulfur-type smells to enter your toilet. If that’s the case, tightening the unit will fix the problem.

It can also happen when the wax sealing ring under your toilet becomes loose. Tiny gaps form there may create passages for the sewer gas to enter your toilet. Generally, you’ll need professional help but if you identify the wax rings as the culprit, you can try reapplying the wax seal yourself.

Sewer gas can be life-threatening in large volumes. However, in small amounts, this gas is nothing but a nuisance. The smell coming from your toilet may not harm you instantly but it has the potential.

If you notice any large hole or any other opening to your septic tank being revealed, it’s a good sign to call a plumber. If you are exposed to a large volume of sewer gas, it may even turn fatal. Aside from the sulfur smell, sewer gas will also cause symptoms like:

How to Fix the Issue?

Your primary job will be to locate the source of this sulfur smell. If your toilet only is producing the smell, it’s probably the sewer gas. If the smell is coming from your septic tank, it indicates bacteria buildup. If you smell sulfur in the water, the pipeline may have been compromised.

In the case of sewer gas, you’ve to flush the system with plenty of water.

Put water over your toilet or do a couple of flushes to fill the p-trap with water again. If you’re successful, you may hear a gurgling sound coming out. The smell should be eliminated shortly.

Here’s how you can try to fix a loose toilet:

You can also use a combination of vinegar, baking soda, and hot water to clean your drain. Another option can be using a bleach tab in your toilet’s water tank. If the problem persists, there might be more underlying issues.

In that case, it would be wise to get professional help. Otherwise, you will be dealing with toxic sewer gas without any protective equipment. Additionally, it’ll be hard for you to find the source and resolve the issue without the proper tools.

However, you can try a UV non-toxic smoke to find the source if you can get your hands on one. The smoke will enter your drainage system and expose the leakage (if any) by releasing smoke through the cracks. If that fails too, contact your plumber and leave it to the professionals.

A bit of advice, never underestimate the sulfur-like odor coming from your toilet. It can create serious health issues for you and your loved ones. You can try to fix the issue yourself as long as the problem is within the bathroom. If the septic tank is involved, call a plumber instead.

To minimize the issue in the future, make sure that all your bathroom fixtures are properly installed. Don’t forget to maintain them regularly and check for signs of wear and tear. Identifying the issue in its early phase will give you a huge advantage.

Despite a humble beginning at a childcare facility, David sored to success due to his inextinguishable desire for learning and a rare self-motivational disposition. The day he received his appointment letter from LANE ENGINEERING CONSULTING, P.C. was the happiest day of his life. He was trained in plumbing and fire protection systems. The firm taught him the fundamentals of waterproofing, facade restoration, mechanical and structural plumbing. His profound and innovative plumbing knowledge sets our research guidelines. He’s currently working on his new book titled “Plumbing Essentials.”