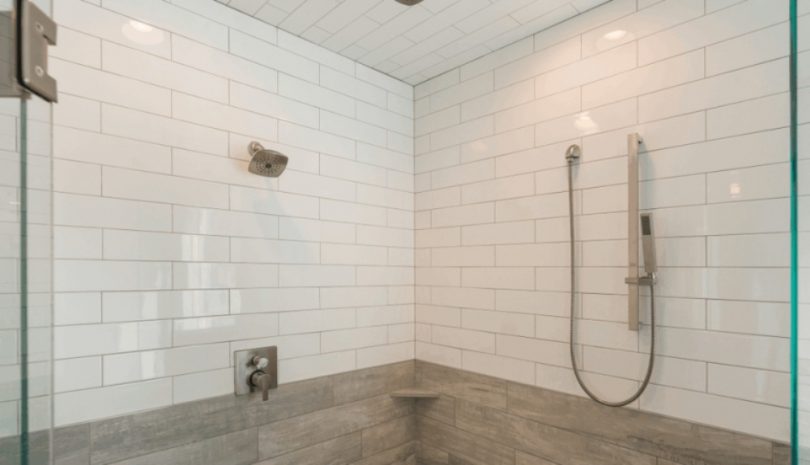 Saunas are hot as hotdogs!

I know a guy who would use the words sauna and steam shower interchangeably, And I am guessing you also know a guy. Steam showers are quite different. They are different therapeutically and also their modus operandi.

In this piece, we will be going through the modus operandi of steam showers and saunas and also give our suggestion. 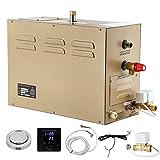 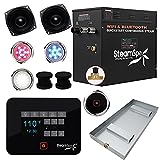 The differences between saunas and steam rooms are majorly in aesthetics and how they work.

What Is a Sauna?

Saunas are constructed traditionally with a specific type of kiln oven-dried wood, and it could be cedar wood and other times they are made of spruce. This particular type of wood withstand specific range temperatures and reduce the level of humidity in the sauna.

It is a well-known fact that wood sop up moisture, keeping the surface of the sauna fresh, and ridding the air of humidity.

What Is a Steam Room

The construction of steam rooms is quite different. They are built from glass ceramic tiles and blocks or some suitable materials that capable of withstanding the moist environments in a steam shower.

Importantly, steam shower can fit into an existing bath, when saunas require a specific room with additional bathrooms.

The most important difference is where these different devices are placed in each of them.

The steam shower has a steam generator which is found outside the room: the sauna heater is positioned inside the sauna. The generator sends steam into the room like a mist which covers you up. Traditionally saunas generate it heat from a rock laden stove. Most advanced saunas generate their heat via infrared heating system.

Water is poured over the rock to multiply the humidity in the saunas, but the rain never reaches the amount it enters in the steam room.

Another significant difference between a sauna and steam showers is the temperature and the at most here they each have.

Steam showers can only get as high as 115 degrees Fahrenheit with almost 100% humidity.

Due to it sealed environment, the higher humidity will make it users feel warmer without requiring excess sauna heat.

The different range in humidity is the reason why steam showers are referred to as a wet form of therapy and sauna as a dry method of treatment.

Saunas and steam showers offer the same amount of therapeutic and health benefits. They both help reeve tension in the muscle relieving stress at the close of each day. They also increase circulation, which is bound to improve sweating, opening the pore in the skin. After a moment of exercise, they both can be therapeutic as they both increase the flow of blood, delivering extra nutrients to the muscles of the body. Amid all the nutrients, what it sends to the muscle is also oxygen, which dramatically aids your recovery.

When you are only trying to indulge yourself, the saunas and steam showers can also be more relaxing, offering physical and emotional benefits.

You are sure to feel calm and relaxed because the dry and wet heat mimics the sedative effect. People with emotional or mood disorder can have relief feel with consistent trips to the steam rooms or saunas.

Experts infer that the main reason why saunas and steam rooms is that they can heighten your mood. They interrelate with a particular part of the brain known as the dorsal raphe nucleus, which s heat sensitive. If exposed to the extreme heat they excessively produce serotonin. This lie dopamine is a feel-good hormone. It controls, however, energy, mood, and focus. The experts say that serotonin gives you confidence and the sense of wellbeing while keeping you on the right track with your training regime.

The experience of using steam showers and saunas might look similar in appearance, installation of this two seem to vary widely, and saunas are intricately designed to stand independently. With few exceptions, they generally do not need drainages or ventilation. They are built to retain heat and would not produce enough water for water damage. Neither will you have a mold problem in saunas nor will mildews be a problem. You can install saunas indoor or outdoor and are sold in kits which anybody can assemble. Generally, you will only need to call the electrician to wire in the heater, hence building a sauna is pretty straightforward.

Built-in steam showers can be a problem as they require a large plan fixing them, they usually need to be built from the floor up. First. Water is a worrisome problem with steam baths: the ceiling and floors need to be waterproofed before the tiles are laid. The roof of the steam-room also has to below. Not surpassing 8 inches so the steam generator is not overworked, and would also have to be sloped so that condensations would roll over the side rather than sticking to the ceiling or even dripping during the shower. The shower doors also have to be enclosed fully; the doors also have to be steam tight to avoid the moisture escaping. The bathroom also has to be well ventilated to avoid damaging the surrounding area that house the steam-room. 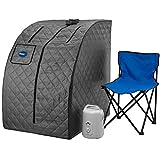 You also have to consider the amount of space you have that is conducive enough for you and the sauna. Steam showers and saunas are available in various form small boxes for one person to large enclosures that can fit a group of people. Saunas are built with insulated walls, and combined with their use of electric heat means that they can be relatively large. So when there is more than one person in the heater, the heater doesn’t have extra load, because of the freestanding installation. You can get creative about the exact place you want to place them in your home.

Steam showers can work well in smaller spaces. And it is entirely possible to design a steam shower that will fit a few more people. The area you have in the steam shower would determine the size of the steam generator you will need; it also would determine the amount of water you will use. Because they practically can work as a standard shower, they can be installed in any bathroom that that has space for a freestanding shower. Saunas have to be installed on their own, but steam baths can be scaled to use an already existing space. Because of the added functionality as a shower, it has the propensity to easily and quickly cool down, wash off and rinse all the steam when you have finished.

Saunas and steam showers are available in constructed freestanding models. In infrared saunas buying a preassembled unit would not make any difference in the finished product, products that use electric still work the same with those that use infrared heating. However, the preassembled units will save you the time, labor, and electrical work because you can plug them in.

Preassembled steam showers don’t have as many disadvantages built-in showers have. Because they come as one single solid steam tight and waterproof unit, they can be installed the same way bathtubs are installed. However, you still have to provide proper ventilation for the bathroom. You don’t have to remodel your bathroom as the shower, and the tub can be built as one single unit. At the end of the day, they don’t look as fabulous as tiled steam showers, but they are much simpler to install and cheap

Steam Shower vs Sauna: What Should I Choose?

The choice generally has to do with preference. They are both perfect options as a means to relax and can both provide health benefits, the steam room will benefit people with respiratory problems, at the end of the day don’t try to sleep in them 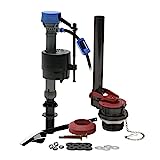 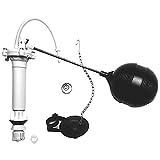 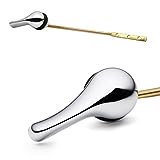 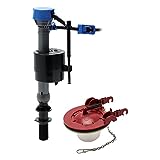