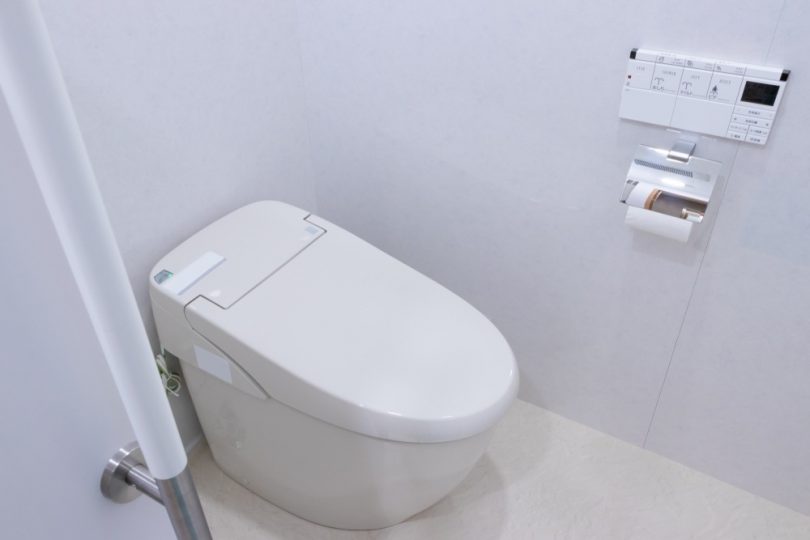 Toilets accommodates tanks for frequent flushing facility, especially where there is a large crowd using that toilet. On the contrast, tankless toiles are used where the pressure is low.

However, these tankless toilets are capable enough to be used in commercial projects. There unique working principle and advanced features help them to become powerful and versatile.

Here we will focus on how these flush tankless works in different environments. We’ll also talk about different types of tankless toilets and which one you should pick if you’re interested. Hop on as we set on your journey to find you can benefit from installing tankless toilets.

Different Parts of a Tankless Toilet

Instead of using gravity to flush away the water in the tanks like regular toilets with tanks, tankless toilets connect directly to the pipes using an electric pump to power the flush.

Usually, it is located in the bowl. The valve allows only a certain amount of water to enter the bowl when flushed and ensures that the toilet doesn’t overflow. The draining for tankless toilets however works similarly to a traditional toilet.

Since tankless toilets do not use tanks to flush away the remnants of the toilet bowl, it uses a Flushometer to serve that purpose.

Flushometer is the fixture where the water enters from the supply line at great pressure to force the waste through the drainage system. This fixture needs about 1.6 GPF of water pressure to function correctly. Some manufacturers even shoot for 0.8 GPF.

How Do Tankless Toilets Work?

The most widely used tankless toilets in public are the urinals. The majority of urinals operate with the help of a valve that is metered with a diaphragm or a piston.

Impressively, the valve is designed in such a way that it automatically shuts after a flush cycle has been completed. No other computer or technology is used to regulate this activity.

For most models of the traditional flush-valve tankless toilets, there can be a degree of user control. Building owners can make small adjustments to flush volumes.

But in many countries, including the United States, the owners must act in accordance with the national standards for using water. Some features such as ‘hands-free flush technologies’ and ‘water –conservation devices’ can enhance the performance of these toilets.

In commercial settings, the functionality of all tankless toilet models work almost identically. Upon flushing, a valve opens a supply line to let a certain amount of water gush into the bowl.

According the U.S. Department of Energy, the current standard of water usage for urinals is 1 gallon or 3.80 liters

Residential tankless toilets that rely on the flush valve technology have minimal difference than those in public restrooms. Due to their high water pressure requirement, unfortunately they are less common in homes. New York is an exception in this case.

In big cities like the aforementioned, tankless toilets are popular in residential settings for their space-saving feature.

These toilets come in various stylish designs and modern mechanisms. Some work with computer-controlled valves to release water in stages and others run solely on electricity.

Will a Tankless Toilet be Good for You?

Deciding on whether to get a tankless toilet depends on a bunch of factors:

On the other hand,

1. Can I flush a toilet without a tank?

Ans. Tankless toilets let you flush away the remnants as they are connected directly to the water supply and have a flushometer. They exert high pressure into the toilet bowl while making sure that only the adequate amount of water is released while flushing away.

2. How much water pressure is needed for a tankless toilet?

Ans. Flushometers in the tankless toilets require a pressure of 20 PSI to refill faster and create cleaner flushings repeatedly compared to their counterparts.