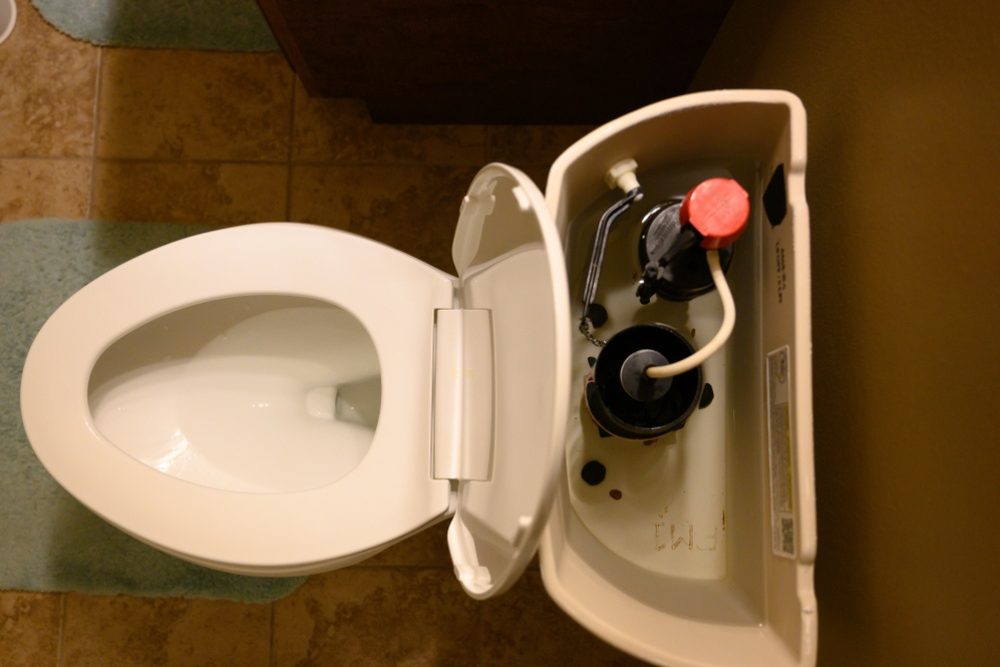 The humble toilet has a history that dates back to 5000 years. Primitive latrines were in use by the Romans and the Indus Valley Civilization. Sir John Harington, a godson of Queen Elizabeth I, is credited with the first version of the modern flushable toilet in 1596.

His device needed a cistern that was 2-feet deep, waterproofed by pitch and resin. The water came from a filled cistern located upstairs. Each flush consumed a massive 7.5 gallons of water and 20 people could use the flush between refilling the cistern.

It took several centuries until the Industrial Revolution came around. Improvements in the waste disposal and manufacturing processes ushered in the flushable toilet into homes.

In 1994, a federal law was enacted whereby all new toilets had to be low-flow in an environmental initiative whereby the quantity of water for a flush was about 1 ½ gallon, which was less than half that was required in earlier toilets.

How to Fix a Low Flow Toilet?

Over time, a toilet flush can have a low flow because of many reasons. The net result is that it is embarrassing that everything is not flushed away at one go and you have to wait inside the toilet till the cistern fills up again. The reasons are many- clogged rim holes, the handle linkage may be too long, or the flapper valve warped. External reasons like low pressure in the water supply could also contribute to low flow.

One common cause is a clogged vent which causes a partial vacuum inside the cistern constricting the discharge. We suggest that you carry out this test. Empty the cistern by flushing, open out the cover, and look inside for the stamped year of manufacture. If it is between 1994 and 1997, we recommend that you replace the toilet flushing system with more well-designed contemporary low flow toilets. Earlier emptying low flow flushing toilets required at least two flushes.

Step 2– Check the water level at fill valve cutoff. It must be an inch under the overflow pipe mouth. If it is less, the ball float has to be adjusted by shortening the armature.

Step 3– Use the plunger in the toilet bowl. Make sure it has enough water. Dislodging a clog using water and not air is our aim.

Step 4– If the plunger can’t fix the issue, use the toilet auger. Guide it inside the bowl cranking as far as it will go. Withdraw and clean the head. Repeat a few times.

Step 5– If you can’t find any blockage, inspect the opening of the vent on the roof. Sometimes they get blocked by debris, leaves, and such, blocking air from passing into the waste disposal line. Clear the opening.

Step 6– The garden hose can be directed through the vent to flush out clogs in bends of the line.

Step 7– If this doesn’t work crank in the sewer auger to clear the obstruction.

Over time, lime, calcium, debris such as rust can clog up these holes. The outflow should be an aggressive, pressurized outflow. If you observe that is not the case, it’s time to have them cleaned out.

The solution is to block each hole with plumber’s putty. Add acidic toilet solvent into the tube for overflow on the toilet cistern and allow the acid sit awhile. It will dissolve all the deposits and build-up in the holes.

After some hours, scrape out the putty flushing many times. To ensure a thorough job, use a toilet brush, and scrub the holes to remove all traces of debris.

The toilet waste pipe is what transports the contents of the toilet bowl into the drainage system of your house and into the main sewerage lines.

If this pipe is clogged, you will know right away. The bowl will fill up with water on flushing and remain there as it has no place to go, or the water may drain out very slowly indicating a partial blockage of the waste pipe.

The first thing to do is to use a toilet plunger. This agitates the water breaking up whatever debris is obstructing the outflow. A toilet plunger is somewhat slightly different in that it has a flange extension at the end which makes it more effective.

If the plunger fails, you can try using a toilet snake which is specifically designed to break up toilet waste pipe clogs. Having a long, coiled cable, they are capable of penetrating deep and breaking up whatever it is causing the clog.

The hole of the jet flush also called a siphon jet, is the space that holds the water and which it releases at a slant to direct waste to the trap on each flush. With time, calcium and many other deposits clog it up. The flushing power weakens as a result.

This can be cleared out using the toilet cleaner and a toilet brush that can penetrate the opening. Scrubbing and twisting the brush usually does the trick to free the blockage.

4. Problems with the Plumbing Vent System

Plumbing, like most other household systems, needs a venting system to function correctly. Air pressure is regulated by the vent system which moves the water through pipes removing gas and other odors out of the home.

If there are problems with the plumbing vent system, it affects drainage, water pressure, and flushing. The telltale signs of this happening are gurgling sounds coming from the drains, slow drainage, and the presence of foul sewage odors.

This needs professional help to sort out. Call in a plumber as this is not something you could resolve on your own.

5. Flapper valve has too much slack

If you need to hold the flush handle down for a long time to get a good flush, there is too much slack in the flapper chain.

The flapper is a valve that lifts to allow water to flow out from the tank into the bowl. It is attached to the flush handle by a chain and rod.

When the chain is too long, the flapper closes quicker than it should thereby resulting in a partial flush.

If the water level in the toilet bowl is too low, it will cause the flushing system to malfunction. If you observe that the level of the water in the toilet tank is normal but that in the bowl is low, you probably are looking at a fill valve apparatus that is situated in the tank.

If the fill valve has developed cracks, water will leak with a drop in water pressure in the tube that fills the bowl.

If the fill valve is the cause, you will need to replace it. This could also be somewhat tricky especially if you have not done it before.

A weak flushing system is tiresome and irritating. Here are some tips, if done periodically, can help keep your low flow toilet in shape.

The idea of making low flush toilets mandatory may be a good idea from the viewpoint of conservation of natural resources. But equally bothersome are the attendant problems that low flow toilets cause. New tanks come with a source of compressed air that augments the pressure of the water flow and better cleaning.

In this article, we have dealt with all the aspects of how to fix a low flow toilet and also a general idea of the layout of a toilet tank and bowl. We have thrown in some safety tips as well and hope you follow these strictly to avoid some nasty accidents.

Ans: Not necessarily. Some factors increase the chances of a clog. Avoid using ultra-soft toilet paper, which absorbs water and just sits there without getting flushed away. Do not throw wipes, tampons, paper towels, and so on into the toilet bowl. Dispose of them in a trash can. Have regular preventive cleaning done.

2. Can you adjust low flow toilets?

Ans: An adjustment screw is located at the top of the fill valve. Turning the screw clockwise to raise the water level and vice-versa.

Ans: Lower the lid and look for the flush volume stamp between tank and seat. If the stamp is 1.6 gpf or 1.28 gpf, you have the current low flow toilet. If there are no such markings to be found, you can calculate the volume manually. Take the dimensions of the tank, the initial level, and the low-level reading after flushing. You can calculate the water flushed. If it is less than 1.6 gallons, you have a low flow toilet.

Ans: Yes, they can. If any area has a large concentration of low flow toilets the outflow may not be enough to clear the sewer itself causing havoc by sewerage backing up resulting in nasty odors. Low flow toilets also frequently cause waste pipe clogs.

How Dual Flush Toilets Work – All You Need to Know 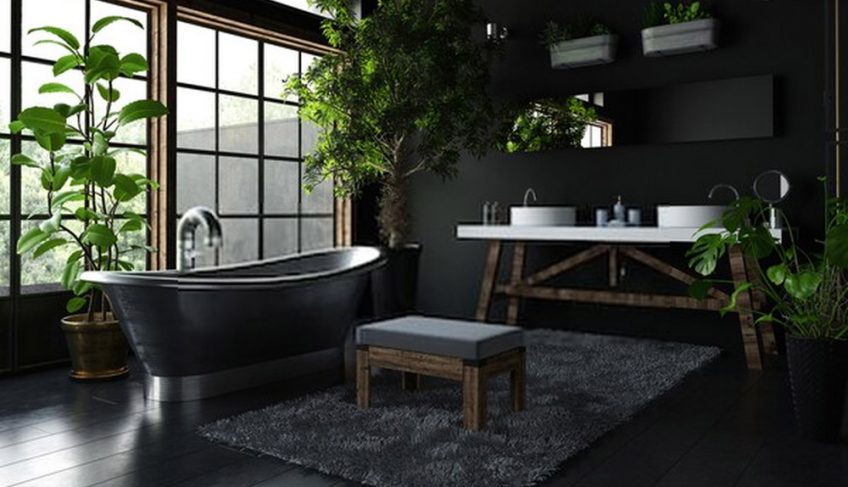 How to Install a Shower Pan Liner – Pros Show You the Way!

How Do Composting Toilets Work – The Secret to Water & Energy Conservation 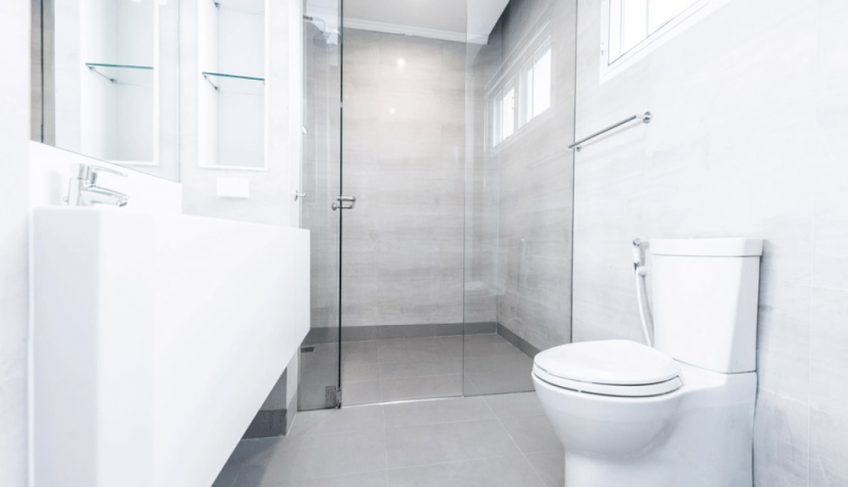 One Piece vs Two Piece Toilets : 12 Most Important Differences You Should Be Aware Of