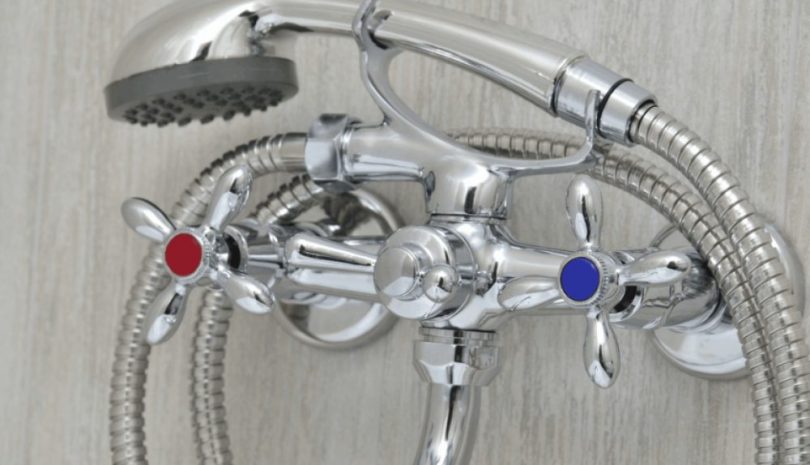 It is very important to know more about shower valves –as a homeowner, it is indeed profitable. I will be going through the various types of valves showing their uses and specificity. As with an assured outline on the types of valves to use, you can go to the store with intellectual and geeky insight, hence informed and geeky choice on what shower valve is the best for you.

Just as there are variants in the type of valves that exist, the pros and cons seem to create a head-racking depth in numbers. Don’t worry; we would break them down for you. Especially if you are going to be plumbing your home pipes, you know you have to identify the variants in the type of valves that exists. Learning about the taps will make you install other primary bathroom features that landlords consider replacing and installing.

Although these showers valves are distinctively simple to install, they have a significant disadvantage. Water comes from a common source, which means it the temperature fluctuates theatrically. Without regulating the heat, it can be abysmal using it. As the temperature fluctuates loosely sometimes based on environmental temperature, water could become too hot or too cold if a close-by sink or toilet has been used. Hence the introduction of two innovative types of valves, which replaced traditional plugs that keenly controls the shower’s temperature.

These are rampant and very common, these types of valve systems have a single control and a handle, and water pours out rapidly in a constant force as the tap is turned on, by turning the valve anticlockwise, the water becomes warm.

When you turn the faucet clockwise the water is kept cold. Most times, these types of valves include a shower tub valve and a diverter, this valve run water to the showerhead and the tub faucet. The factory made volume control will let the user adjust how the water is sprayed as it need be. The pressure-balancing valve regulates the temperature such that the balance of hot water in the system is maintained.

The next popular, and rampant kind of shower system is the thermostatic valve. This shower system has a thermostat, which maintains and regulate the temperature of water in the pipes, this allows for greater control of the water temperature when compared to the variant explained directly above.

You can even choose the temperature before turning the water on; there is usually a dial that allows you to set the temperature. This valve face plate includes the temperature dial.
Blister free thermostatic valves have become more and more sort after in recent years. When using the valve, there is no fluctuation in the temperature. When we have children, elderly or individuals with a disability, these anti-scald valves are inherently useful to help them shower more comfortably.

There is also the volume control which comes with the thermostatic valve. It regulates the amount of water which is coming from each faucet. The different faucet will have a unique volume control system.

This offers you a more engaging experience in the shower. The significant differences between the pressure-balancing valves and the thermostatic valves are;

The pressure balancing valves automatically adjust flows, by moderating the ratio between the hot water and cold water amount in the pipes such that the water that comes out is desirable, you only have to turn the handle left or right, this valves have sensors inside that controls the volume of hot water and cold water in the pipes and automatically adjusts it so that the temperature is balanced. If there is a dramatic drop in warm water; probably because somebody else is using it, then the cold water is going to be inadequate to compensate. The water might trickle down hot or cold.

The thermostatic valves monitor the temperature; this is more sophisticated, there is a sensor in the pipes that adjusts the flow of hot or cold water reacting to the temperature fluctuation. The user handles the temperature and the volume of water.

As implied by the name, its function is to transfer water to the shower from the cold taps and the hot one. As determined by the control systems, it is as simple as a significant knob that transmits water from the tub’s faucet or separate knob on a lone shower.

This is found primarily in older houses, mixing valves are not so popular and can be considered potentially hazardous as it is not mechanically programmed to regulate sudden change in water temperatures, this put whoever is showering at risk especially children and people with specific disabilities when there is a change in flow cycle of water.

In complicated situations when we need something more complex than a hassle free showers, we need a diverter to direct water between components. These control the direction of water, but it does not control the temperature, so they are used alongside pressure balancing or thermostatic valves.

come in a different form. The most basic type of diverter is the “tee diverter,” it is the most basic form and is consisted of the simplicity of a pull centered on the shoulders on the faucet. Once the water is at its optimum temperature, the arm is pulled up, which immediately blocks the tap, redirecting water to the showerhead.

Another variant is the three-valve diverter, this variant allows for the adjustment of the hot and cold water independently, turning a central knob 180 degrees to disperse the water between faucet and shower. The highlighted difference between this and the third type is that the other uses one rotating monitor for hot and cold, the second controlling the diversion of water between the shower and tub.

Transfer valves let the flow of water to be transferred to different pipes while diverters regulate water flow between tub and shower at the same time. Is the essential function of the transfer valves, such that it is recommendable for running shower walls or handheld shower without putting off the main shower.

Although transfer valves generally allow usage of two components at a time, some allow more than two parts; however, the installation would allow for triggering one or just a combination of two elements at a time, but all three cannot be run at once.

Tips For Having A Flawless Shower Valve

In choosing the most desirable and perfect shower faucet. We have to take into various considerations, for example; the type and configuration, accessories and finally water pressure, it is advisable that you remember when buying a shower valve, remember that it should match your shower.

Shower valves are usually manual or thermostatic, of which they are both similar. Thermostatic valves have devices that prevent scalding
It is also advisable to look at the configuration types, hence choosing a solo shower or a combination that is all in one which delivers the two outlets.

Many stores sell testers that you can use, to determine the pressure of the shower before you buy it. Keep in mind that water pressures lower than 40 pounds are inadequate. Also consider getting accessories to maximize the experience in the shower for example; diverters, hand showers, anti-scalding valves, and pressure balancing valves

Finally, you have to get a valve within your budget; valves cost between $147 and $351 so choose those valves based on your preference and the one which matches your pockets. Don’t steal any!