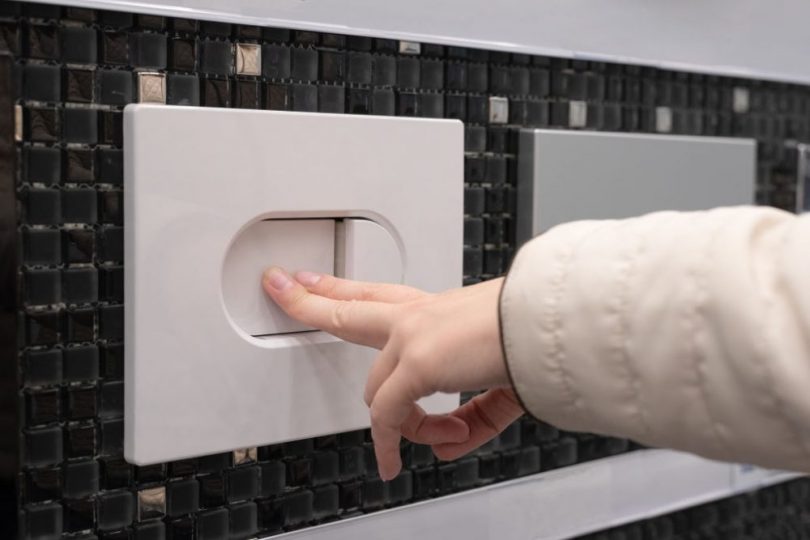 Two buttons can confuse anybody trying to flush the toilet. They look very much like the traditional water closets that we’re all familiar with in our day-to-day lives. The toilet is quite efficient in areas with less available water.

However, to use the two buttons effectively, you’ll need to know how the flush system works, and that’s what we’re trying to do.

Here we will discuss what are the differences between a single and a dual flush system, and answer the question: how does a dual flush toilet work? 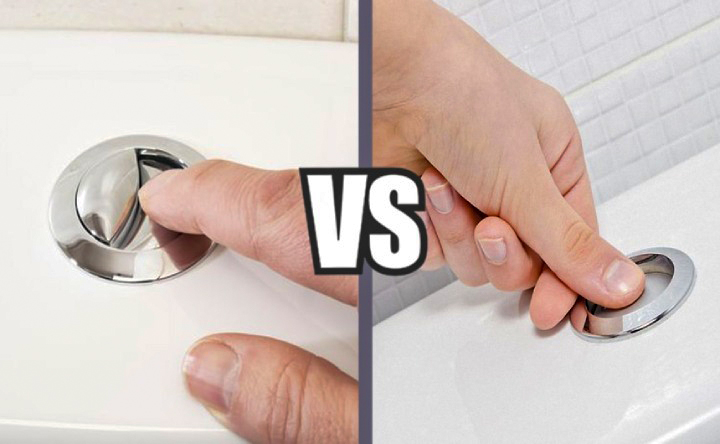 There is one single difference between the dual flush toilets and the traditional single toilets amongst the myriads of similarities.

This is simple! It is the way they both use the water to dispose of the waste. Dual flush toilets flush differently from the traditional variants. It all depends on if you are flushing liquids or not. Liquid wastes flush significantly quicker and more comfortable than hard or solid waste.

For someone who is cautious about his or her environment, this can be seen as God’s gift to them. They can be convenient in conserving water in places where water shortage is experience.

Dual flush toilets are common and you might have used one but have not been attentive to them. At first look, they can be confusing. Once you know how it operates, everything becomes simple and clear.

How Does a Dual Flush Toilet Work?

The traditional toilets use the tube as a way to remove waste from the toilets bowl. This technique, when compared to the dual flush toilet, is entirely different. In a simple traditional toilet, large volume of water is necessary to pull the waste down the toilet bowl.

The dual flush’s method is different from the conventional glow. The hole at the bottom of the toilet bowl is larger. So this enable it to pulls-down waste with minimal water level. This feature gives it a unique touch.

The biggest thing about the dual flush is the amount of water it saves. Letting whoever is using the toilet a two flush modes as the name suggests this means that they keep the water about three times more than the conventional flush systems.

You can save 68 percent of water using a dual flush; this makes the toilet budget-friendly.

Just like it saves water, money is also saved with the dual flush. Of course, you are going to need that extra money for something else like books for the children or whatever treat necessary.

The dual flush toilets do not have any tube action, this makes the use of plunger less valuable. All it has is a large hole at the bottom for easy flush with less water and less power.

So, forget about all of the stress that the traditional flushers bring and go get your dual flush toilet plunger.

In as much as the plunge is going to be idle for the main time, the toilet brush will be your most useful tool. Since the water doesn’t generate too much power, you are going to use the brush often.

Installing the dual flush toilet doesn’t require too much effort. It is just like the traditional single flush.

Are Dual Flush Toilets Used Around the World?

Of course, you have seen the dual flush toilets. Even a tankless toilet can have a dual flush mechanism. They are very common. The thing is that you might not have noticed them.

But from now on you will be seeing them everywhere — kind of like how you didn’t know about gravity until you were taught!  They are popular in hotels and other public places where they are able to save at least 60 percent of water—better than the single flush toilets.

In as much as they can save you money in the long run, they will cost you a lot at the beginning (compared to the conventional flush) but this is worth it. They are also great for the environment.

1. How do you use a dual flush toilet?

2. What are the two buttons on the toilet?

Ans. The smaller button conserves water for liquid waste or just smaller waste, while the larger one gives you an opportunity to flush any size of waste.

3. Are dual flush toilets any good?

Ans. They help save money and water, which is suitable for both your pocket and the environment. The bathroom looks better and the experience is good too.

4. How does a dual flush toilet button work?

5. How do I increase dual flush power?

6. How do I adjust the dual flush toilet?

Ans. Changing the dual flush toilet is as easy as any other thing. Remove the lid, improve the valve, raise the float up for more water in the tank, and lower it to lower the float.